We aim to create a more prosperous society by co-creating new values that transcend race and national borders, and by creating new mechanisms to make the most of our diverse world.

Create a new platform for diversity

Change the world from the last mile

Challenges we want to solve

There is a proverb "Race to the Bottom". This proverb is often used against a state of a nation which competes to reduce taxes, relax labor and environmental standards, etc., in order to attract foreign companies and foster industry, thereby reducing the working environment of the country, natural environment, social welfare, etc., toward the lower level.

The working condition of many Cambodian people is so-called labor-intensive, simple work, which is difficult to get promoted and gain a higher salary. In addition, there are some workplaces that intentionally do not train their employees and force the workers to do simple labor so that they do not have to raise the salary.

Many people are still working in this kind of unrewarding work environment, hard-working and talented young people are not being rewarded. Negative structures as such are easily transcended, making the cycle hard to break or counter.

Creating a system that rewards talent and hard work

To escape these negative spirals, we believe it is necessary to "create good companies and jobs in developing countries" by combining "job creation," "human resource development," and "high value-added services.

Last Mile Works started in Cambodia, a developing country, because we believe that one of the most important things to create good companies and jobs in developing countries is to establish a local base and create many quality jobs that can grow and pay appropriately. In addition to employment, we will build a scheme for human resource development in which people nurture others and those nurtured can continue the cycle, thereby creating a mechanism for each member to realize his or her potential.

Through these mechanisms, we will create a system that rewards talented people and those who work hard, regardless of their place of birth or circumstances.

We aim to create a unique business that can only be offered by Last Mile Works by combining the diversity of each country and each member, with the attractive market in Japan.

Cambodia has a large number of young people with architectural CG potential, and Vietnam is focusing on training engineering personnel as a national policy. On the other hand, the real estate industry in Japan has been slow to adopt DX, and demand for technologies such as CG and VR is increasing. The architectural metaverse platform "comony" and the DX support platform for the real estate industry "terior" were created by combining our diversity with the needs of Japanese market.

By accumulating know-how on 3DCG and web system development through these businesses, we are establishing a system that enables us to conduct similar development in other countries. At the same time, we will continue to create unique value by flexibly changing the nature of our business, the markets we develop, and the technological trends we combine.

Structuring a global team with high affinity to the latest technological trends is crutial to the business operation that can provide higher additional values. We aim to continue this operation to maximize potential of our team. 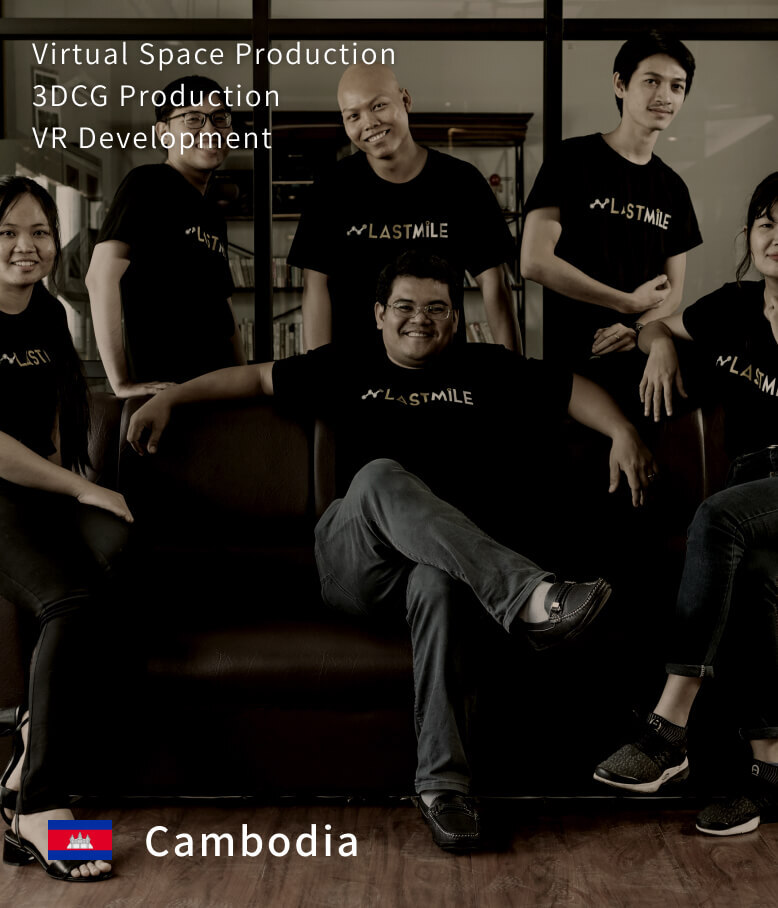 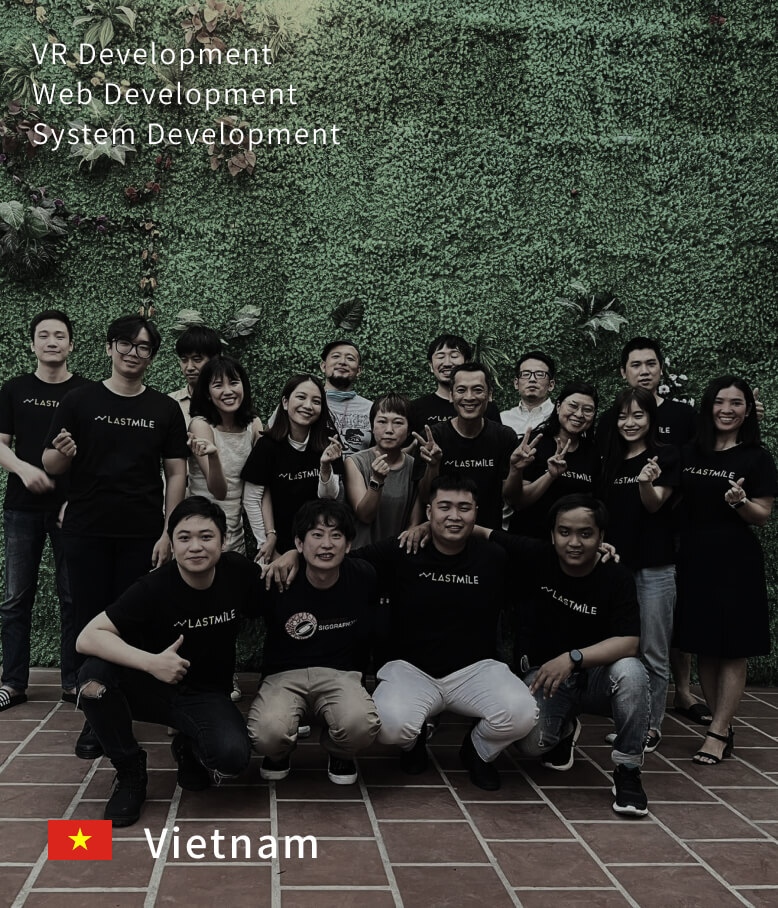 Where we are and what the future holds

Creating a system that goes beyond job creation in more countries

Five years since our founding in 2016, it has not been smooth sailing through various trials and errors. However, by 2021, we have employed more than 70 people in Cambodia, and our wage growth rate over the last three years has been 40%. (Note that the minimum wage in Cambodia as of 2021 was $192, with a three-year minimum wage increase of 13%)

We will continue to expand our business and organization in Cambodia and Vietnam by utilizing the knowledge that Last Mile Works has accumulated to date. We hope to establish offices not only in Southeast Asia but also around the world, creating teams and businesses that promotes greater diversity.

In the future, we would like take action in areas such as social welfare and cross-border community building, including insurance and financial education, which developing countries are not fully prepared for.

We will continue to grow as a global company
that creates world-class services from the frontier.